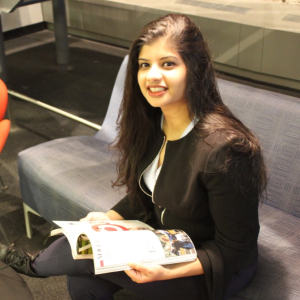 Here’s what we learned from our founder’s TedX talk.

If Gabriel Wyner’s own experience learning seven languages teaches us anything, it’s that there is no specific age to learn a new language. Whether you decide to learn a language to impress your romantic interest, move to another country or just take the task off your bucket list — it’s never too late or too early to start.

The myth that children learn faster or better often stems from the unaccountability of exposure. Gabe compares the experience of a five-year-old child to an adult — each gets 500 hours of Spanish exposure after moving to Spain. “What you’ll find is that the adult beats the child every time,” he says during his talk.

But even after taking language classes in school for years, people tend to only remember translations for random words, making it easier for them to believe in the myth that it’s impossible to learn a new language after a certain age.

2)   Why You forgot The French You Learned in School

Children often learn by being present in multilingual environments. In school, children learn through visuals, games, and interactive plays unlike the verb conjugations and exams adults in classrooms are made to sit through.

As Gabe mentions, there are a few advantages of being a child: the first one is the innate ability to distinguish between sounds around the age of six to 12 months and the second is fearlessness. Young children have lesser apprehensions about sounding dumb and will say what comes to their mind without fear. “Yet neither of those two advantages outweighs our superior ability to learn,” Gabe says.

The third advantage is that of time; children have more time at their hands than adults with jobs and responsibilities.

3)   You Can Learn A New Language Faster Than You Assumed

In college, Gabe made an uncommon move and decided to pursue a degree in Vocal Arts Performance alongside mechanical engineering. To get the former, however, he needed to learn German, French and Italian.

Instead of spending years jumping from one level to the next in an institute with several short courses, Gabe opted to enroll in a fully immersive course at Middlebury Language School in Vermont. One of the many requirements of Middlebury is that if you utter, read or write a word that is not in German, you can risk being kicked out without a refund.

So Gabe was forced to learn German. In seven weeks, he was fully able to hold a conversation in the language he had never learned before. Soon, he enrolled in a two-month intensive Italian course in Perugia, Italy.

He also enrolled in a French institute and registered for intermediate level without knowing a word of French and without realizing that he would have to give an oral exam soon. Once again, he had to learn a language in three months, only this time, he had to do it all by himself. So he did. In fact, he did it so well that on the day of the oral test, the interviewer said he should be placed in the advanced level.

4)   The Only Barrier to Learning Language Is Memory

“Memories are fascinating things; they are not stored in any particular location in your brain; they are actually stored in connections between regions of your brain.”

Memories are usually composed of many sensory associations. For example, your memory of drinking freshly brewed beer in Germany is not only accompanied by the taste of it but the smell, the visual, the sounds around you, and often more associated memories of what happened before or after you drank the beer. Gabriel intends to use the same associations to help you learn a language and never forget it.

Gabe learned French to fluency in 5 months and Russian in 10 months. He then set out on the journey to develop a system that utilizes the methods he used to learn French by himself.

One of the many tools that Gabe used was personalized flashcards without translations. He started by pinning visual images and writing out related words on the card. After learning a bit of vocabulary, he progressed to learning full sentences and understanding grammar using fill-in-the-blank methods. To remember and track his growth, Gabe used an online space repetition program that tests you on the flashcards right before you forget them.

These methods along with audio associations helped Gabe learn a language and never forget it.

5)    There’s No Gene for Learning A Language

Following his journey through learning seven languages, Gabe developed a passion for the process itself. Soon, he created a language learning tool that received an overwhelming response and saw the most successful Kickstarter for an app in history in 2017.

The app, Fluent Forever, uses a neuroscience-based method to teach languages fast while ensuring long-lasting retention. If you’d like to get started today, our app is now available here.

“If you need to learn a language efficiently, then you need to give that language life,” Gabe said. Our application lets you do just that. Happy learning!